Ever wondered why the hype of some characters never dies down? There is almost always a new superhero movie in the pipelines, but even then, the fascination with classic fictional characters never diminishes. Character’s like Superman and Batman are now known as mainstream for cosplays, but in truth, no one is ready to bid them farewell.

You can still appreciate the classic characters without being a mainstream cosplayer! The options are way too many to repeat one now and then. Go through this guide to get all know-how you need for the upcoming cosplay conventions and Halloween!

One of the best-animated films that also paved the way for the anime, Akira introduced this genre to the whole wide world. Initially, the hand-drawn animations were only famous in Japan. Widely known as Japanimations, they originated in Japan. The classic film is quite renowned in the fashion world for its top-notch Akira Jacket!

The sensational red attire makes its way in the mainstream media every other decade. It has been more than three decades since the release of the film. Akira gave a splendid intro to the world of animations, and now the whole world is crazy after them. The young lad who saved everyone around him made a strong impression on his fans.

Shotaro has a kind heart full of empathy for others. It would be a shame to keep this character all to himself and not letting others know about him. The beauty of his character lies in the way he stands up against societal norms and traditions. Even though he had a brutal start at life and never knew his parents, his kindness knows no bounds.

The generation that grew up watching him and passed his legacy to the current generation adore this young character. It is no surprise that Shotaro Kaneda is still a common name among the lovers of anime. His high tech motorbike, red costume, and the Neo-Tokyo surroundings are still very much relevant and iconic!

Have you ever met a person who could not get Spider-Man references? If yes, then they must have left their stone house recently. In every age group, there is a person who is still obsessed with Spider-Man. You can easily spot them out because they would try their best to wear Spider-verse merchandise.

The dynamic red costume with spider web print and the matching mask is an ideal costume for cosplay conventions. There is little that can go wrong in terms of controversies with a classic costume. You might have worn a dupe of the costume when you were young, but there is nothing that even comes close to portraying your childhood hero later in life.

He is one of the most empathetic superheroes and the first Marvel superhero who took the world by storm. His life history has a long list of tragedies which has left their deep prints on his personality, making him sensitive to losing close ones.

Whatever your current favorites are, they cannot harm your childhood of lifelong preferences. In this way, Spider-Man’s character will live with you for the rest of your life. It can never become a mainstream character because now and then there is a new movie featuring a new actor as Spider-Man.

Joker And His Chaos

One of the most popular villains from DC Universe, Joker, has produced more chaos than a bunch of villains combined. He, along with his allies (though he does not need them), has brought Gotham to ruins. No one has been a bigger nuisance for Batman than him. He wears a purple trench coat that has a different fan base.

The long coat is quite popular from The Dark Knight trilogy, where Heath Ledger portrays this sinister role brilliantly. Though numerous actors have portrayed this evil role after Ledger’s death, no one has brought Joker to life as he did. The hype and craze for this villain revived recently when the Joker film hit the cinemas last year.

Joker’s background story gave new meaning to his character as well as more depth. Like Akira Red Jacket, Joker’s purple coat is a sensational attire and is high in demands whenever there is a costume related event such as comic cons or Halloween parties! 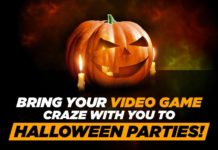 Bring Your Video Game Craze With You To Halloween Parties! 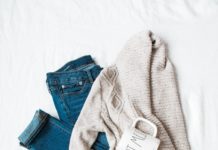 Everything you should know about selling clothes online