this matka jodi formula is my go-to recipe when I need a quick, tasty, and healthy summer dinner. I love to use the ingredients in this recipe and can usually come up with a tasty dish pretty quickly. It’s packed with protein, fiber, and healthy fats from the nutty matka dal.

One of my favorite recipes is “Kale & Beans” with ingredients from the Kale & Beans book. It’s really simple to make, but I like to make it quick and easy. It’s like a recipe for a salad, but instead of using all the ingredients that you can find in the shop, it’s made with an organic Kale & Beans blend.

The salad is a very popular Japanese dish, and it’s also very much a Japanese cooking technique. However, it seems to be a relatively new one in Japan. The original recipe included a mixture of different greens, as well as various meats and spices. However, it seems the Japanese have now perfected the use of Kale amp Beans.

The salad is best when served chilled so that the flavors meld together. In the original recipe, it has been left out and it didn’t taste that good.

It’s a very popular Japanese salad. I think this may be why this recipe is such a hit among Japanese food fans.

I was planning on making this one day, but I wasn’t able to get my hands on the greens. The recipe should be a very easy one to make. I am not really sure what I would substitute for the Kale. The beans I think would work pretty well for a side dish.

The recipe for this salad called for two pounds of kale, a medium onion, and two large tomatoes. I am just going to be doing a salad, so I don’t know if it would work well for a side dish, but it is a popular Japanese salad. I may have to try to find some.

This recipe is a combination of two Japanese recipes. The first one is called matka jodi and is a popular dish that is often used as a side dish. The second one is called kawage. I think the greens would make a good side dish, so I’ll make this one. I like to use this recipe for my bbq chicken salad.

The combination of matka jodi and kawage is a popular salad in Japanese cuisine that, at its simplest, is just a mixture of a green onion, tomatoes, and a dressing. It’s also a way of making your own salad dressing, which is what I did. I added a lot more flavors to the dressing, including some garlic and ginger, but left the garlic and ginger in the original dressing. 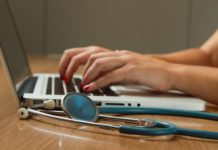 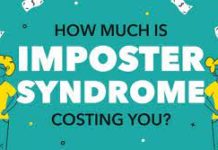