The mahakal photo is what I came up with for this photo because it makes the picture seem more real, more meaningful, and more beautiful.

This is the type of photo that someone might want to put on their Facebook page. The first thing you see when you click the link is the photo in the slideshow, but you can also see the photo as a whole.

This photo was taken in a temple in Thailand. As soon as the photo is clicked it starts flashing back to a scene from a few days ago. This gives it a sort of timelessness because you can’t remember where you are or what you’re doing right now, so the flash reveals the scene of a few days ago.

The photo is in a mosque because it was taken by the flash, which was very quickly. The flash was only in the temple for a day and a half, and the photo was taken two days later. The flash took about two seconds to go up and down the long hallway.

One of the big differences between flash photography and LED light is that you can adjust the exposure of the photo to get a better light on the subject. In the case of the photo, the flash was not very bright, so it did not go up and down the hallway as quickly as the light did. The flash came down the hallway and up the stairs and the light was very faint, so it was harder and harder to get a good exposure. 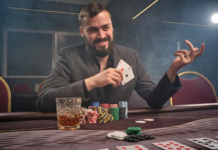